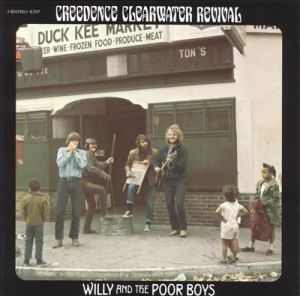 I was a huge CCR fan when their music was new and I was a teenager. I kept loving their music in the years that followed. And I still do. It sounds as fresh as ever. “Willy and the Poorboys” was one of their best. It’s music that makes you want to move around. John Fogerty has his customary passion. And what songs—”Down on the Corner,” “It Came Out of the Sky,” “Don’t Look Now,” and one of the two or three best protest songs of the era, “Fortunate Son.” Talk about rock and roll with a beat.