[What follows is the text of a paper I presented at Goshen (IN) College on September 15, 2017. It was part of the conference, “Word, Spirit, and the Renewal of the Church: Believers’ Church, Ecumenical and Global Perspectives”—the 18th Believers’ Church Conference. The paper is drawn from a series of blog posts I wrote in May, 2017.]

I want to talk about the book, The Benedict Option: A Strategy for Christians in a Post-Christian Nation (Sentinel Books, 2017) by journalist, blogger, and religious thinker Rod Dreher. This book that has received an unusual amount of attention. I believe it challenges and helps illumine a distinctively Believers’ Church approach to “Christ and culture”—with both similarities and differences. I have four parts to my talk: First, description and affirmation; second, critique; third, a response to Dreher’s emphasis on same-sex marriage as a paradigmatic issue; and fourth, a sketch of a “Believers’ church option.”

It is important to keep Dreher’s stated agenda and his intended audience in mind as we consider his book. He writes to and about conservative Christians (politically and theologically—Catholics, Eastern Orthodox and Evangelical Protestants)—so progressives of any kind who read him should expect to feel as if they are overhearing a conversation they have not been invited to join. There is a lot to criticize in the book, but I don’t think it should be criticized for not spending much time presenting a careful argument to Benedict Option (or, “BenOp”) skeptics. That is not Dreher’s agenda.

Dreher hopes to inspire a joining together of Christians of like mind in resistance to the downward spiral of American culture heading toward, he might say, a pit of moral relativism, individualism, and hostility toward “orthodox” Christians. The goal is to inspire a counterculture that will have the ability to sustain “traditional” faith in this world.

I agree that the general question how Christians might practice our faith in life-giving ways in a culture that seems all too bent on death should be at the center for all of us. I see two particularly attractive elements to Dreher’s presentation. The first is that many of Dreher’s concerns and criticisms of contemporary American culture are perceptive and demand respectful attention. The second is that his sense of the calling Christians have to invest themselves in creative countercultural formation seems right. END_OF_DOCUMENT_TOKEN_TO_BE_REPLACED 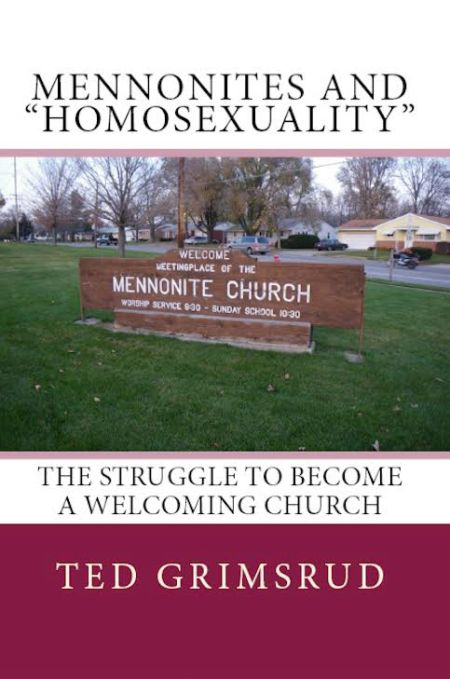 I am happy to announce the publication of a new collection of my writings, Mennonites and “Homosexuality”: The Struggle to Become a Welcoming Church. The essays, blog posts, and lectures in this collection were produced over the past fifteen years in the context of the conversations in Mennonite communities concerning inclusion of sexual minorities.

Some of the chapters focus on biblical interpretation, some on the history of Mennonite responses to these issues, and some on responding to many of the writings Christians have produced during these years.

The book both provides a historical perspective on these challenging years for Mennonites and a coherent biblical and theological argument in favor of inclusion.

Here is a link to the book’s website that includes information on purchasing the book. It is now available as a paperback online from Amazon ($20) and Barnes and Noble ($15.58) and as an e-book on Amazon Kindle ($8). It may also be purchased directly from the author ($10 in person and $15 postpaid through the mail).

Let’s imagine several “moral analogies” for how we might think of gay marriage.

(2) A more moderate view is that gay marriage is a wrong choice for one who has an unchosen affectional orientation toward people of one’s same sex. The analogy could be that same-sex marriage is like alcoholism. We tend to see the proclivity toward alcoholism to be something that is innate for some people and as such not morally wrong. But the choice to act on that proclivity is sinful. Likewise, one who is attracted to people of the same sex should not act on that and become sexually involved.

(3) A more accepting view yet is that the same-sex attraction is problematic, not the ideal, but not inherently morally wrong. Given that it is deep-seated and, for some, unchangeable, church and society should accept the validity of gay marriage because marriage is a good thing that should not be withheld from people who are not suited for “normal” opposite-sex partnerships. The analogy could be that same-sex affectional orientation is like a birth defect (such as being born without sight). The task is to work at living as full a life as possible in face of the defect. So, if not an ideal state, being “afflicted” with same-sex affectional orientation need not disqualify one from finding a marriage partner and living a pretty normal life.

(4) The most accepting view sees same-sex attraction as completely morally neutral, just as is opposite-sex attraction. The analogy could be that same-sex affectional orientation and gay marriage are like being left-handed. Most people are strictly right-handed, a few are strictly left-handed, and some others are a mixture. Handedness is simply part of who we are. We don’t understand it very well, but we have learned that it is unchangeable for people at the farthest ends of the “handedness” spectrum. END_OF_DOCUMENT_TOKEN_TO_BE_REPLACED