In the seventeen years between 1979 and 1996, Patti Smith mostly withdrew from the music business in order to focus her energies on her family. During that time, this is the only album she released. And we should be thankful for it. It stands alone in relation to her 1970s output and what follows after 1996. It’s one of her most accessible records—the lyrics are a bit more straightforward, whether in her tribute her young son (“The Jackson Song”), a love song or two (“Looking for You [I Was]” and “Dream of Life”), or what has become her signature call to political action (“People Have the Power”). The music is a bit hookier than most of her other records as well. But she sings with as much intensity and passion as ever. 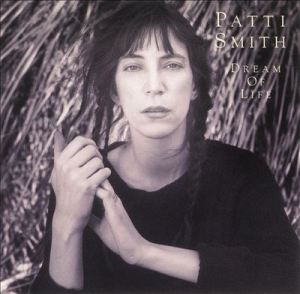