Early in k.d. lang’s career, she sang mainly country and western music, and this record (her third) she showed herself to have mastered the form. She sought out the venerable Nashville producer Owen Bradley (who in his heyday had produced Patsy Cline and Brenda Lee, among others) to create an homage to the great country female vocalists of the late 1950s and early 1960s. Some would say that lang actually surpasses her heroes. Her amazing voice is front and center, and she captures the essence of numerous old classics as well as a couple more recent compositions. Highlights include “I’m Down to My Last Cigarette,” “Lock, Stock and Teardrops,” “Black Coffee,” and “Honky Tonk Angels Medley” (where she is memorably joined by Loretta Lynn, Brenda Lee, and Kitty Wells). 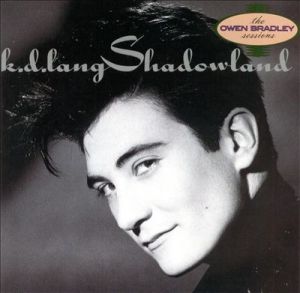